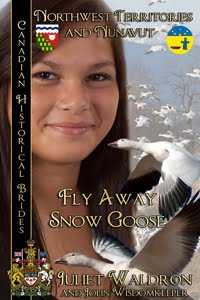 When I saw the April topic of plotting and how we go about it for this month’s Canadian Brides blog, I smiled to myself—or maybe it was more of a grimace. This is because I started my journey as a writer by creating historical novels which were biographical fictions. That is, they were novels based on real people and events. That particular discipline forced me to do in depth research and then hang the characters, like wet laundry, on whatever plotline I’d assembled from all the collected information. It required keeping timelines and matching dates of journeys, letters, diary entries, births, conceptions, (even legislation and campaigns, both political and military in the case of A Master Passion) to the locales where my characters were situated and what they were (or might) have been doing. 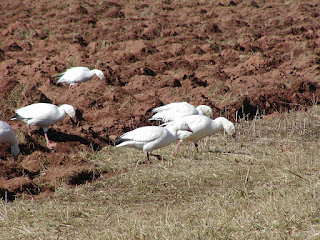 The difficulty with a story like Fly Away, Snow Goose is that I have to not only build characters, but also devise a believable plot, as history has not directly provided one. In this case, it has to be something that might have happened in the real world of the period, which is Northwest Territories, Canada, in the early 1950’s. So first thing, the digging for sources began. I started by collecting several ethnographic studies and have been glad that I approached the story in this manner. That allowed me to place the stories of residential school survivors, my next study, in the proper context.

I was a child myself during the early 50’s, but how very different my material world was from those of these 1st Nation’s characters!  The Tlicho people of 60+ years ago were practically born on the move. For them, “home” was a huge territory through which they seasonally traveled, on the footsteps of the migratory animals they fed upon.  Walking, as a lifeway, was central not only in their day-to-day world, but to their legends—the Power named “Walks Far” or “Always Walking,” is a central figure of their genesis stories. 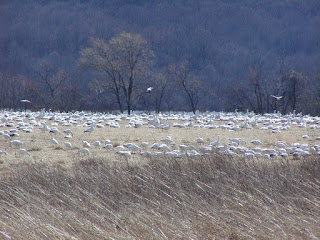 When John Wisdomkeeper suggested tackling the issue of the residential schools, we both knew that this would be a difficult telling, a story of abduction, captivity, abuse, escape, and survival. The experience of the school, so alien, so full of shame and pain, will haunt them. Their journey will be a hard, lonely, dangerous walk--an ordeal, a cleansing, a reconnection to who and what they really are--as they search for food, shelter, along the trails that will lead them back to the autumn campground.

Katherine Pym, the author preceding me, has told of her admirable ability to organize research and shared many excellent methods to keep the myriad details she’s uncovered close to hand.  By contrast, I’m utterly disorganized. There’s a pile of notes – written—yes!—on paper. There are scrawls in notebooks and on random pieces of paper beside my keyboard. Post-it stuffed books line the wall behind me, where they either trip me up or fall over whenever I push my chair back and stiffly totter off to the kitchen in search of another cup of tea.

Like a horse taking a “beauty-bath” in the dust, I roll about in the information I’ve collected until it sticks. Maybe a cow would make a better metaphor for my writing style.  I eat, ruminate, and then hope that when my fingers hit those keys, something honest—instead of s**t—appears on the page.
Posted by The Historian at 4:10 PM