A Crazy Thing for Love by Victoria Chatham 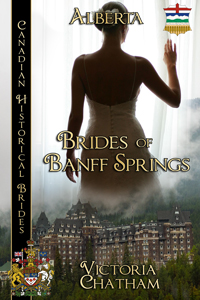 Our topic for February, Valentine’s month and all things romantic, is: what is the craziest, weirdest, funniest, most oddball thing you have heard of being done in the name of love?

The first thing that jumped into my mind was Peter and Juliet’s wedding scene in the movie Love Actually, when the flash choir and band organized by Peter’s best man, Mark, plays The Beatles’ classic All You Need is Love. If you haven’t seen the movie or would like a reminder of the scene, here’s a link: https://www.youtube.com/watch?v=h89BbqoPAcM.

I have so many memories of expressions of love through gifts or cards, – once even a screwdriver. No, not the alcoholic version but the tool which came at just the right time for me to install drapery fixtures. I’ve had flowers, chocolates, or wine when it hasn’t been my birthday or Christmas. I’ve been presented with a hand-carved whale, the first piece of work my youngest son produced in his workshop class when he was seven or eight years old. I have a brass paperweight that my eldest son gave me. I still have notes from my daughter. 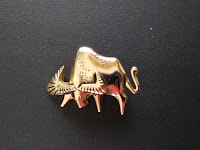 And, after more than forty years I still have a pin depicting a Spanish bull that their father bought for me during a family holiday. I’d seen it in a store window, admired it, and walked on, knowing that its one shilling and nine-pence pricetag was still too high a cost for our tight budget. That's about thirty-seven cents in today's Canadian currency. In a gesture that I still treasure, my then husband went back to the store and bought the pin for me. It had nothing to do with the cost, and everything to do with giving me a gift that came from love.

But the craziest, sweetest story I think I’ve ever come across is my son-in-law’s gift to my daughter on the occasion of her fiftieth birthday. It was a masterful scheme which he spent nearly all year working on without my daughter getting any idea of it. He began by contacting her bosses and asked for vacation time for her over Christmas and New Year, something she had never had in all her years working for them. Her birthday, by the way, is December 23rd (she was almost a Christmas baby.) They were delighted to be involved and helped him arrange an alternative staff schedule so she wouldn’t panic about that at the last minute.

Family and friends were asked in secret if they would like to contribute to one of her surprises, all things she had expressed a desire to see or do. These encompassed spending Christmas Day at a hotel doing nothing but chilling in cozy pj’s and watching TV; a trip to Choccywoccydoodah, a store for everything chocolate with outlets in Brighton and London in the UK and run by two marvelous ladies. Check them out at https://www.choccywoccydoodah.com/. 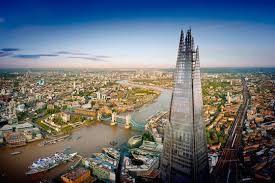 Madame Tussaud’s was on her list, as was a play in the West End. She also wanted to visit The Shard, at ninety-five stories the fifth tallest building in Europe. It is located in Southwark, London and was designed by the Italian architect Renzo Piano. Another of her wishes was to take a trip on a sleeper train, which they did from London to Edinburgh in time to celebrate New Year’s Eve, or Hogmanay if you prefer, on the Royal Mile. A sweetener for this part of the birthday surprise was that her brother and sister-in-law were there to help celebrate, too.

My son-in-law works for a printing company and was able to put together and print up a special Fiftieth Birthday Tour brochure for her, highlighting the places they would visit and who had sponsored it. The whole event was a celebration of love and togetherness which, as my eldest son pointed out, ruined life as they knew it for other men in the family. There was no way of beating that! Even without the brochure, I know my daughter will always have wonderful memories of that trip and I’m so proud of my son-in-law for showing his love in the way he did.

In the words of Ed Sheeran’s love song, it was Perfect. And you can watch that on YouTube, too at this link: https://www.youtube.com/watch?v=8xA4w2bxVo.

Posted by Victoria Chatham at 1:30 AM