I don't have any furry companions, other than the squirrels who chase around the trees outside my window. However I do have virtual ones. I am a member of an online Historical Fiction Critique Group who critique my chapters and give me feedback on whether or not they think my characters are engaging and the story line is credible or not.

My main challenge was to write about a place I have never visited. Without an image of Prince Edward Island in my head, I had to manufacture one from photographs and personal accounts of those who lived there at the time. My Canadian counterpart,  Vicki Chatham, whom I regard as a companion, has offered some good plot revision thus far. I imagine I shall be calling on her again in the near future too.

My heroine and her story were the easy part, but fitting Grace Aitken MacKinnon into a community with unfamiliar architecture, geography, weather and social attitudes was more difficult. Some of the most interesting details I unearthed included the fact that in 1905, PEI once had a railway system, which no longer exists. There was also prohibition on the island. No one could buy alcohol, unless you had a doctor’s certificate, this exception being that rum and whisky had medicinal properties! There were a total of three motor vehicles in that year, which the locals hated as they scared the horses, leading three years after my story is set to an actual ban.

From being initially overwhelmed – I immersed myself in as much local colour as I could find, on the web, in libraries and bookshops, tourist literature and hundreds of photographs available of PEI in the early 1900’s – I soon became fascinated. I can also call on my virtual companions for help with language, customs etc, and as the story progresses I feel sure I will need their local knowledge.

Although I doubt the UK would ever entertain prohibition, in some ways PEI reminded me of Cornwall, with its fishing communities, strong ties to the sea and its ghosts and legends. I also discovered the traditions of the Miq’Mac Indians and their annual St Anne’s Day celebrations on Lennox Island which I found fascinating. I hope I can give a flavour of the island in my story, and one day my ambition is to visit Prince Edward Island, a place which has certainly captured my imagination. 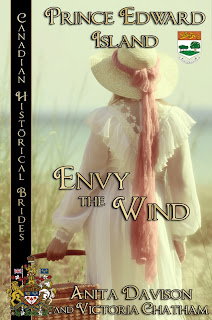 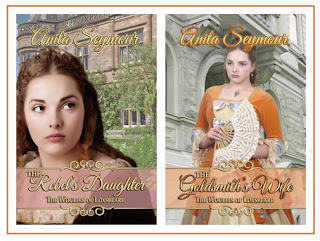 Email ThisBlogThis!Share to TwitterShare to FacebookShare to Pinterest
Labels: #canadianhistoricalbrides