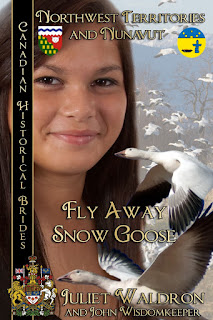 All my novels at Books We Love

An Excerpt from Fly Away Snow Goose-The runaways have braved the wilderness together, hunting, evading capture, often hungry, often footsore. Now, after an entire summer of traveling, and encountering many dangers, they have entered the Tlicho homeland. Here they've found safety and a delicious supper at the campfire of an old man and his wife.  Falling asleep in one another's arms, the young couple experience powerful dreams. 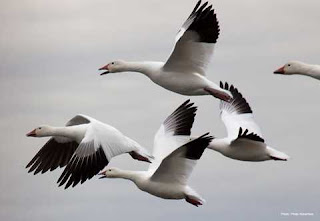 They walked among the stars, she and Sascho. They went hand in hand, their feet upon a shining path that led across the night. As one, they gazed downward, and Yaot’l saw all the paths they had walked, all the way from Dehcho, following the Horn River until it turned west, and then their wandering through the little groves, the bush and the muskeg, where the animals had watched them pass.

The beautiful deer lifted his head, leapt across their path and vanished among the stars. He too, was now a soul, wandering the sky. He would travel there until he faded into the body of the Great Spirit, which contained earth and all its creatures, both two-legged and four.

Then, Sascho’s hand was gone and she was alone. For a moment, Yaot’l was afraid, but now she was winged, flying. And although his hand was gone, she saw that, there, flashing beside hers was another wing, tipped in black, bravely sculling the heavens! A pure joy welled inside, for she knew that she and her husband were but two among a great flock of others, flying just below the stars, as she and her tribe went soaring toward True North… 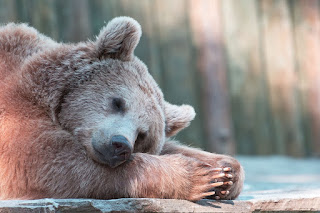 He was a bear, a young brown bear, lying down, hips up and belly flat down on earth, paws extended toward a central fire. Fire—a strange companion for a bear—but in this case it was blue and cool and it barely flickered at all.

Across the fire sat another bear, very large, and back on his haunches. He was bluish in color and his great muzzle was speckled with white. He was big, broad shouldered and old.

A long silence lay between them. The strange cool fire set the shadows dancing. Sascho wanted to hang his head, but it was soothing to stare into the light. The great bear slowly eased his front legs down until his belly too rested on the ground. Then he curled his paws against his chest and settled with a deep sigh.

“Now you feel the burden of leadership. You and all your friends might have died in that flood. Never forget; as you walk through the Tłı̨chǫ dèè, trials of life and death are always waiting.”

Another long pause followed. A shower of small glowing objects fell all around him. They reminded Sascho of hail, except for the glitter. They hissed as they landed, and when Sascho reached a curious paw to touch one, it was cool. As he gazed at it in wonder, the old one spoke again.

“You are a young bear with much to learn, before the gift of ink’on is given. You are fortunate to have found a hard-working, wise mate who will help you.”

Ink’on! The old bear had said it would be his—the gift that had come to his Uncle John, the gift which had made him a fortunate hunter, the gift that had given him power to see what others did not, to be a fount of giving to his tribe….

And Yaot’l too—the old one had said that Yaot’l would ever walk at his side! The weight upon his young heart lifted. 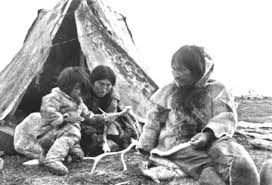 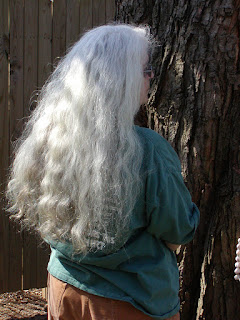