When I started writing, as with most authors of my acquaintance, any conversation with either agents or publishers always included the phrase, ‘What is your story arc?’

Most authors, especially novice ones, have only a general idea in their head when they begin a story. A character, a place, and in the case of historical authors, an event on which the story pivots. 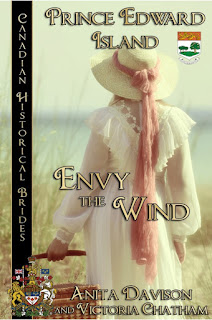 I tend to follow the craft rules more closely these days, and have to pay attention to the rule that ‘If it doesn’t move the story forward’ or is ‘an info dump’ it must go, although there is always a fascinating snippet or a piece of history which is difficult to ignore.

Specifically, my story arc for Envy The Wind began with the era. I am writing a series of cosy mysteries set in the early years of the 20th Century and have become fascinated with the time period so it was logical to set my Canadian story in 1905. This was a time of progress in all aspects of life from transportation, information gathering, telecoms, politics and a changing social time, especially women.

I wanted my character, Grace, to have determination and a sense of self who has to manage alone in a very different country. I won’t call it strange, as the population at this time was made up of third and fourth generation English, Scots, Irish etc, so for my character the country wouldn’t have seemed quite so alien.

However as a woman, Grace will face obstacles and local prejudice, to being firstly a woman alone, and then a businesswoman trying to make a living. These aspects will form the main conflict in her search for an independent life. Then there are factors like the extreme weather, the attitudes of society of the time and how she establishes friendships and handles opposition.

The main goal, which is synonymous of everyone in history, is to establish a happy life where Grace can make her own choices without having to make major compromises.

There will, of course, be unexpected bumps in the road. For example, a romantic element, unwanted attention from someone, maybe, a jealous rival, a close friendship, a misunderstanding which threatens that friendship, or a natural tragedy. All these things add to the character’s growth and keeps the reader turning pages to see what happens next.

The last 30% of the story is where all misunderstandings are resolved, apologies are made, true feelings are revealed and the final solution is satisfactory to all parties.

Envy The Wind – will be released in Spring 2018, and isn’t a romance per se, rather the journey of a young woman determined to go her own way in a different society to the one we are in today. The main question is will she find what she is looking for by the end, or was she searching for the wrong things in the wrong place all along?

I am an inveterate plotter, partly because I am easily distracted and can go off on a tangent very easily, resulting in a disorganized plot which at times appears not to go anywhere.  Thus I set out every scene with a starting point and a goal so I know what my character will achieve by the end of the scene. This is not necessarily definitive, maybe the outcome is a misunderstanding, misplaced loyalty, confusion, even fear.

I cannot summarize my story arc without over simplifying or making it too detailed – also the novel isn’t finished yet, so maybe the story arc will change?

Posted by Anita Davison at 5:10 AM