What Actors I Would Choose to Portray the Characters in Barkerville Beginnings by A.M.Westerling

Get it here
(Print version also available for order at fine book stores everywhere)
I’ve seen this question asked of authors on other blogs and I’ve been dreading the day I would have to answer it! I’m not really much of a movie buff but I’ll give it my best shot: 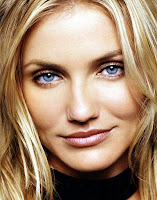 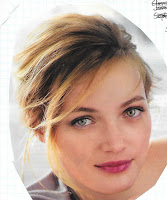 (Left) Here's a picture of Rose as I imagined her on the character sketch I did for her. (Right) I think Cameron Diaz might be a good choice for Rose, she's funny, smart and short and actually looks a lot like Rose's picture.

To the left is Harrison from the character sketch I did for him. Doesn’t he look a bit like Robert Downey Jr.? (Right) I really enjoyed him in the Sherlock Holmes movies and I love how he conveys a subtle hint of humour.

Gracie, or Grace Anne, Rose’s feisty friend and champion in Barkerville could be played by a salt and pepper Sandra Bullock. 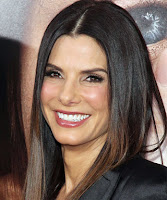 A bearded James Norton would be my choice to play Robert, Harrison’s friend and partner in the gold mining venture. I’ve been watching Grantchester and I think he’s a superb actor. Plus he has red hair. *wink*

Finally, I think Jude Law would be a good choice for Edmund, the villain in this story and Hannah’s father. In this picture looks suitably grim and threatening. 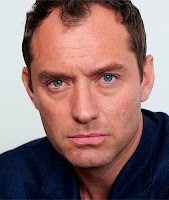 I know I’m neglecting Hannah. I honestly don’t have a clue but I am open to suggestions!
Posted by A.M. Westerling at 12:30 AM