The Beauty of Canada by Ron Crouch

I suppose I’m one of those lucky people, or perhaps odd, depending on your point of view. January in Ontario, Canada. Snow, freezing temperatures. I love the snow.

There’s so much to enjoy doing with it, like snowshoeing, cross-country skiing, or whatever takes your fancy. Strap on a pair of snowshoes and head off into the countryside. Warm layered clothing of course and the Inuit Elder saying, “Always know where you are,” indelibly etched inside your head. Better still, grab that backpack, tow that pulk behind you with the heavier gear and head off deep into the wilderness. (Disregard if you don’t know what you’re doing, go with someone who does). The fall and winter, my two favourite seasons. It’s January, so let’s talk about winter. 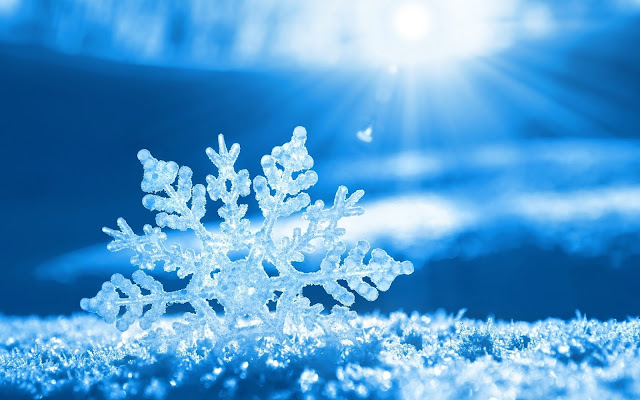 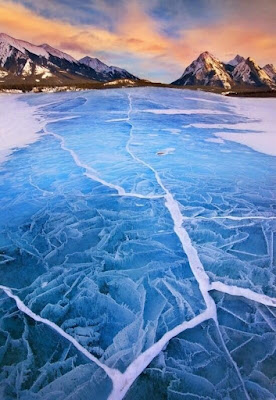 Imagine heading off, well-equipped, traipsing through the woods, one snowshoe in front of the other. Clear blue sky, not a cloud in sight. You’ll need those sunglasses. The forest, silent. Just the sound of your snowshoes breaking through the snow and the pulk gliding along behind you. The pine trees covered in snow, it’s as though you are walking through a Christmas card. Trails leading up steep hills and down the other side, winding their way through limestone escarpments, over huge granite rocks, rounded smooth by time and weather and the retreating Ice Age. As yet, no panoramic view, you’re not yet high enough, not clear of the tree tops. You’ve got plenty of food as well as jerky you made yourself at home in the dehydrator. Now and again you take a piece out to nibble on, plus a large bag of mixed nuts. One mouthful and you’re firing on all cylinders again. Lots of water, need to keep hydrated. Fire lighting necessities, compass, GPS, four-season tent, winter sleeping bag etc. You’ve got a destination and a return time. Someone will be waiting for you.

Eventually you reach the frozen lake and set up camp on the granite shoreline, long before the sun goes down. Water all around you, clean, white and crisp. The view is spectacular, you’ve got it all to yourself, so magnificent it takes your breath away. You’ve been planning this trip for months. It’s been exhausting getting there. Ten kilometres you’ve hauled yourself and your gear, if you didn’t make your final destination, no problem, set up camp wherever you like.

Beautiful as the scenery is, there’s no time yet to sit and admire it. You can’t help, however, noticing the frozen waterfall on the other side of the lake, incredible. Like nature turned the tap off, suspending the gushing water. In the distance the lake narrows and turns out of view, but I know there’s a portage to the next lake, on the other side of which are steep limestone cliffs. You can catch the sun up there in winter, just lie back and sunbathe. 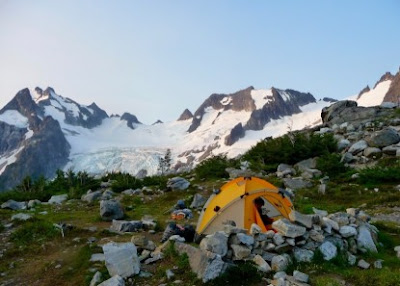 Back to work, I’ve got my four-season tent to erect first. If the weather breaks, at least I’ll have shelter. Rubber floor mats down, sleeping bag fluffed up, everything ready for a good night’s sleep. Now the fire. Get that going, kettle on the boil, hot tea and shortbread biscuits. Relax. Prepare dinner. As the sun goes down and the cheerful brightness of the day turns to grey, then black, the warmth of the fire brings comfort as does the shot of Crown Royal. Eventually I retire to my sleeping bag and lay there wondering about my sanity.

A thunderous explosion wakes me instantly, the ground begins to shake. Something is hurtling across the lake at high speed towards me, crashing through the ice. The first time I heard it, I thought it was an earthquake, but now I know, it’s a pressure crack in the ice. I’ll likely see the result in the morning. Later in the night the sound of coyotes, a large pack of them running close by the tent, yipping loudly as they plan their ambush upon a white-tailed deer.

Your blood runs cold, every sensory nerve inside your body acutely tuned to the sound. Instinctively your hand grasps the handle of the axe resting purposely by your side. Even in the darkness you know exactly where it is. Like the teeth of the coyote, its blade razor sharp. Pristine wilderness. The fair-weather campers have all gone home. You’re probably wondering where I am. I’m not going to tell you. The less people the better.

I’ve had people say to me, “You’re not really Canadian you know.”

I reply, “How long did it take you to get here?”

“Nine months,” I say. “Whether you wanted to come or not. It took me over ten years of applying and getting turned down and applying again and through sheer determination I finally got here.”

I wanted to come to Canada ever since I was a boy. I still vividly remember some of the slides they showed us at primary school in England when I was about seven. I was hooked. My journey isn’t even worthy of discussion compared with many immigrants from war-ravaged countries. Having been to many places around the world, I can say with authority, Canada is among the most hospitable, magnificent, outstandingly beautiful countries in the world. It’s not perfect, but when I listen to the world news, I thank my lucky stars I’m here. Canada’s been good to me and I’ve been good to Canada. And, I am now a very proud Canadian with a certificate to prove it! Sincerely, from the heart, thank you Canada.

Posted by The Historian at 4:33 AM