The Challenges of Historical Fiction 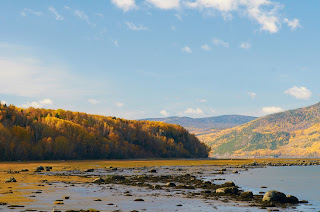 In celebration of Canada’s 150th birthday, Books We Love has published the first of 12 historical novels, each set in one of the provinces and territories. The Historical Canadian Brides series is funded by the Canadian government and will be covered by Publishers Weekly. The first two books, Brides of Banff Springs, by Victoria Chatham and His Brother’s Bride, by Nancy Bell, are already generating great enthusiasm and readership. Where the River Narrows (Quebec), the book I’m writing with assistance from Canadian BWL mystery, suspense, and thriller author Ron Ady Crouch will cover an interesting area of Canadian history that is as fascinating to research as it is to write.


As a writer of historical fiction (all but one of my BWL books are historicals, and that other being a fantasy), I have no problem with diving head first into the research. In fact, it is for me one of the more exciting aspects of the writing process. Finding source material can be challenging, but it is also inspirational. I can’t enumerate the incidents of finding a particularly interesting bit of history that not only sparks the need to find more information but, more important, gives my muse something substantial to chew on (and my muse loves to chomp on tasty morsels).


My biggest challenge in writing Where the River Narrows has to be the fact that, as someone who is U.S. born and bred (and having gone through an American education), I’m writing a book that has as its focus the American Revolution through the point of view of “the other side.” (Something not covered in great detail in our curriculum.) Then again, it’s always cool to learn new things, and my submersion in early Canadian history has been eye-opening. But getting into the point-of-view of my heroine, Elisabeth Van Alen, a young woman from a family of “Loyalists” or “Tories,” has been downright mind-changing. It’s been a real stretch to look at the incidents of the War for Independence from another perspective—and make it believable—when for my entire life, I’ve viewed the “rebels” as “patriots” as being in the right in their decision to break from British rule and set up their own country and government at the risk of their liberty and their very lives.


On the other hand, reading depositions and documents about the women who made perilous journeys from their homes to escape persecution—who sacrificed everything to join their men in exile with the hope that life would return to “normal” when the war was won by the Crown—has been a fascinating part of the process of building a story. Along the way, I’ve met some incredible people: re-enactors of the King’s Royal Yorkers (the regiment of loyalists established by Sir John Johnson, a historical personage and Canadian founding father who appears in the book), who devote their leisure time to recreating the lives of people I’m attempting to create in the pages of this book. Historians who have written extensively on the subject of loyalists refugees, and photographers whose work has been enshrined in the works I’ve been studying.

All in all, I’d say that this is and has been one of the more exciting projects I’ve been involved in to date.

Kathy Fischer Brown is a BWL author of historical novels, Winter Fire, Lord Esterleigh's Daughter, Courting the Devil, The Partisan's Wife, and The Return of Tachlanad, her latest release, an epic fantasy adventure for young adult and adult readers. Check out her Books We LoveAuthor page or visit her website, www.kfischer-brown.com. All of Kathy’s books are available in e-book and in paperback from Amazon, Kobo, and other online retailers.

Posted by Kathy Fischer-Brown at 12:30 AM