Landmark Roses and what I learned by Nancy M Bell 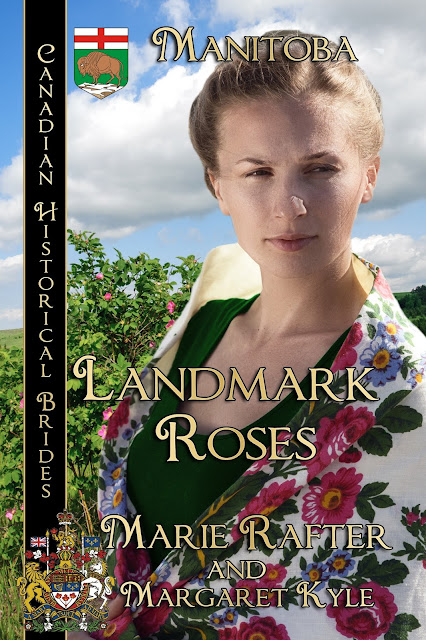 Writing Landmark Roses was a definite learning experience. Without Margaret Kyle who was my research go to person the book could not have been written. Margaret is a member of the Mennonite community in southern Manitoba and as such was invaluable in the construction of the novel. One of the most surprising things I learned was that there were a large number of Mennonites who migrated to Paraquay in the 1920's and mid to late 1940's. This was due to the Canadian government's plan to take over the Mennonite school system and have the children taught in English rather than their native Low German, and to not teach the religion in schools. Many of the families who made the long journey by rail and ship found themselves hacking an existence out of raw countryside. Also, the men who ran the communities were far more strict with the women and what rights they had than when they were in Canada. Some of the families made the long trek back to southern Manitoba and rejoined their original community where they still had extended family members and friends.
There was also an exodus to Mexico near Chihuahua for much the same reasons. There is still a large and vibrant Mennonite community there today.

Another surprising thing was my perception of the community. I grew up in south central Ontario where there are many Mennonite and Quaker communities. They tend to be very traditional, no cars, not electricity, TV etc and very conservative dress. More like what I see in the Hutterite communities in Alberta. Margaret told me her family drove cars, played cards and dressed like everyone else. She said her mother still had more clothes than Margaret does and takes great care to dress in the current fashions. I learned many other things during the research and writing of the novel, but these are the ones that stand out.

My other books can be found at my BWL Publishing webpage

My latest release is Wild Horse Rescue, a YA novel set in southern Alberta.