Writing historical fiction is not for the disorganized. I intended to specialize in one century and prefer the eighteenth century. I read numerous books on that period in preparation. However, my first novel was so complicated, and covered such a long period, I had to create a chronology of the years people were born, died, had children, and so forth, so I’d know how old people were and what event in history might be in the background.

I relied on libraries and reference books I'd collected. I studied so much on this time-period, I can pick out inaccuracies in other authors’ works, but I’m sure I’ve made several myself.


Now, with the internet there are so many sites, blogs, and documents that cover the Georgian era, it's much simpler.


I had a superb on-line diary to consult, written by a man in the eighteenth century, which told of government activities, agriculture, when the price of sugar soared, and so on. Then the web hosting service, GeoCities, was discontinued, and I lost that valuable resource. If it’s in their Archives, I can’t find it.


I have post-it notes all over my computer and desk to remind me of things to add to my various novels. I send myself emails from my phone when an idea strikes me and I’m not home.


When I started my story on New Brunswick, I began with my usual method—a pantser not a planner. No outlines for me! I write by the seat of my pants, then I go back and see what my characters require, because now I know who they really are. For this novel, I read the history of the colony and decided where to place who and which events would shape the characters in 1784 and a couple of years beyond.


Often you write something, then discover it couldn’t have happened at that time. I’ll mention a city, then find it wasn’t developed until twenty years later. New Brunswick has long, harsh winters, and I needed to work around that. I’m originally from California, where things rarely freeze, so it was a learning experience for me, and my bride, Amelia, who comes over from Plymouth, England. And poor Amelia has no central heating, electric blankets, or other modern conveniences. She doesn’t know how to gut animals for eating, and there are no supermarkets with fresh food. Still, I like that my characters can’t grab a cell phone to call for help; they must learn to use their wits, develop courage, or perish.

Just recently I realized I couldn't use the fort I'd chosen for an assailant to have been stationed. It hadn't been built until twenty-two years after the "assault". I dove in for quick rewrites.


As my writing continued, more ideas came for the story arc: what huge event would rock her world, historical or otherwise?  Which man will catch her fancy and change her life? 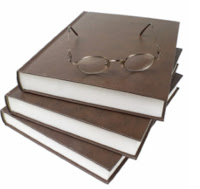 I have websites bookmarked, a map on my desk, books stacked up, and Nancy Bell to help with all the research required to sound authentic.


New Brunswick’s history is fascinating and I hope I gave the colony a proper showcase as well as keeping readers entertained.
For more info, please visit my BWL Author Page
or my website: www.dianescottlewis.org
Posted by Diane Scott Lewis at 9:53 AM