Story Arc: Where the River Narrows, by Kathy Fischer-Brown 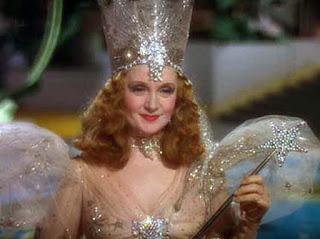 “It’s always best to start at the beginning.” Wise words from the Good Witch of the North in one of my all-time favorite movies, The Wizard of Oz.

Then again, I doubt old Glinda ever wrote a novel or she probably would have come up something a bit less confusing. Unlike Dorothy, I would have asked, “What is the beginning?”

Okay, in the context of the movie, this is pretty much self-explanatory: If you’re heading from Munchkin Land to the Emerald City, you start out on the Yellow Brick Road and keep going until you reach the big gate with the broken door bell. But with a novel, it ain’t that easy. You can start in media res (in the middle of the action) or at square one, as in Tom Jones, by Henry Fielding, with the lead character as a baby. You can start at the end and work backwards, or with a prologue…. The possibilities are nearly endless.

Today’s readers are not so forgiving as Mr. Fielding’s in the middle of the 18th century, or Charles Dickens’s in the 19th  or even Margaret Mitchell’s in the early 20th century. They want something more fast-paced. They want to jump into a book without the long preambles and slow development our pre-multimedia-consuming ancestors found so appealing. Gone are the days of the family sitting around the fire, by candle- or lamplight after supper on a long winter night, reading aloud as the sole form of entertainment.

Then again, the beginning of a book is dependent on the type of story you want to tell. A murder mystery will begin quite differently from, say, a contemporary romance or a high fantasy. And even with those genres, the author has choices to make. Whose point of view is most compelling and appealing off the bat? First person, second, third, omniscient? Will there be more than one point of view in the novel? Present or past tense? Not to mention how to introduce the setting and its details.

The fact that I write historicals places certain restrictions on how I approach the arc of a book. The characters are vital to the plot, and the setting has nearly equal weight when planning how the book will be structured. I like the deep third person point of view that allows the reader to get into the skins of more than one character, and I try to include just enough details of time and place without them being overwhelming.

In Where the River Narrows (with fellow BWL author Ron Ady Crouch, to be published by in July 2018), I’ve chosen to begin the book at a what I consider to be a logical start-off point. The Exposition introduces the characters (Elisabeth Van Alen, her family, servants and neighbors, and Gerrit Bosch, the groom in this “Brides” story) without a lot of preamble. The goal is to show them going about their normal lives while painting in the features and subtleties of the era as a natural offshoot of their daily activities. But to simply present a bunch of people running around in costumes performing out-dated tasks would be boring without a hint of something about to happen. Something is brewing that will upset this charming scene and have far-reaching consequences.

Before the proverbial cart is overturned, relationships between the characters are established, the groundwork laid for the “bride” aspect of the book, and the external conflicts put in place that are responsible not only for capsizing the wagon but for trampling its contents under foot.

Following the “Exposition,” we move on to the “Rising Action.” After the inciting incident (the event that sets the wheels turning), the story takes on an entirely different feel. What had been normal and comfortable no longer is so. War does this, and war, in the form of the American Revolution, has dire consequences for Elisabeth and Gerrit. There are losses and separations. Loved ones die, confidences are betrayed, and the survivors are forced to carry on amid harsh and forbidding circumstances. In this part of the book, Elisabeth and the remnants of her family and servants make a perilous trek to Canada where they hope to seek asylum among the British troops and loyalists to wait out the conclusion of the war. On the way, they meet up with an assortment of colorful characters based on historical accounts from a variety of sources. Once they arrive in Quebec Province, they need to survive further hardship and privation.

The Climax, Falling Action, and Denouement haven’t been written yet. (Neither, for that matter, has much of the Rising Action). But the arc of this story plays out nightly in my mind before I fall asleep. Even though I do not “plot” per se, this book is already as indelible as it could be. There is room for change…but not much. That depends on the research materials I continue to pore over. As anyone who’s ever written a historical novel will tell you, there are gold nuggets waiting to be mined from some dusty old tome that can put a new spin on even those story elements that today seem untouchable.

Kathy Fischer Brown is a BWL author of historical novels, Winter Fire, Lord Esterleigh’s Daughter, Courting the Devil, The Partisan’s Wife, and The Return of Tachlanad,  an epic fantasy adventure for young adult and adult readers. Check out her Books We Love Author page or visit her website. All of Kathy’s books are available in e-book and in paperback from Amazon, Kobo, Barnes and Noble, and other online retailers.

Posted by Kathy Fischer-Brown at 12:00 AM