Baroness Orczy – Her Life and Times by Rosemary Morris 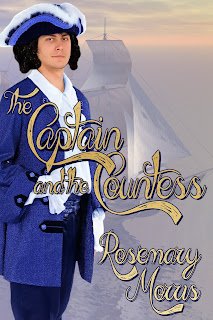 Before I could read, I admired the pictures in my story books. At five-years-old learned to read and, in later life, shared my favourite children’s fiction. For example, at Christmas, I gave my two older granddaughters A Little Princess and The Secret Garden.
Recently, I visited old favourites among which are Baroness Orczy’s series about The Scarlet Pimpernel then researched the life of this talented novelist, the whose life was as interesting as her novels.

Baroness Orczy – Her Life and Times

Best remembered for her hero, Percy Blakeney, the elusive Scarlet Pimpernel, Baroness Emmuska Orczy was born in Tarna Ors, Hungary, in 1865 to parents who frequented the magnificent court of the Austrian Hungarian Empire.
Emmuska enjoyed every luxury in her father’s magnificent ancestral chateaux, where she lived until 1870 when a mob of peasants burned the barn, stables and fields. Yet, throughout her life, the lively parties, the dancing and the haunting gypsy music lived on in Emmuska’s memory.
Fearing a national uprising, the baron moved his family from Hungary to Belgium, and, until her family settled in London, Emmuska attended convent schools in Brussels and Paris.
Emmuska fell in love with England which she regarded as her spiritual birthplace, her true home.  When people referred to her as a foreigner, and said there was nothing English about her, she replied ‘my love is all English, for I love the country’.
Baron Orczy tried hard to develop his daughter’s musical talent, but she chose art and had the satisfaction of her work being exhibited at The Royal Academy.  Later, she turned to writing.
At Heatherby’s School of Art, Emmuska met her future husband, Montague Barstow, an illustrator. In 1894 they married, and, in her own words, the union was ‘happy and joyful’.
Her bridegroom encouraged her to write. In 1895 her translations of Old Hungarian Fairy Tales, The Enchanted Cat, Fairyland’s Beauty and Uletka and The White Lizard, edited with Montague’s help, were published. Inspired by thrillers she watched on stage, Emmuska wrote mystery and detective stories. The first featured The Old Man in the Corner.  For the generous payment of sixty pounds the Royal Magazine published it in 1901.  Her stories were an instant hit.  Yet, although the public could not get enough of them, she remained dissatisfied.
In her autobiography Emmuska wrote: ‘I felt inside my heart a kind of stirring that the writing of sensational stuff for magazines would not and should not, be the end and aim of my ambition.  I wanted to do something more than that.  Something big.’
Montague and Emmuska spent 1900 in Paris that, in her ears, echoed with the violence of the French Revolution. Surely, she had found the setting for a magnificent hero to champion the victims of “The Terror”. Unexpectedly, after she and Montagu returned to England, while waiting for a train Emmuska saw her famous hero, Sir Percival Blakeney, dressed in exquisite clothes.  She noted the monocle held up in his slender hand, heard both his lazy drawl and his quaint laugh.  Emmuska told her husband about the incident and wrote The Scarlet Pimpernel in five weeks.
Very often, although the first did not apply to Emmuska and Montague, it is as difficult to find true love as it is to get published. A dozen publishers or more rejected The Scarlet Pimpernel.  The publishing houses wanted modern, true-life novels. Undeterred Emmuska and Montague turned the novel into a play.
The critics did not care for the play, which opened at the New Theatre, London in 1904, but the audiences loved it and it ran for 2,000 performances.  As a result, The Scarlet Pimpernel was published and became the blockbuster of its era making it possible for Emmuska and Montague to live in an estate in Kent, have a bustling London home and buy a luxurious villa in Monte Carlo.
During the next thirty-five years, Emmuska wrote not only sequels to The Scarlet Pimpernel but other historical and crime novels.  Her loyal fans repaid her by flocking to the first of several films about her gallant hero. The first directed by her compatriot, Alexander Korda, was released in 1935.
Emmuska and Montague moved to Monte Carlo in the late 1910’s where they remained during Nazi occupation in the Second World War.
Montague died in 1943 leaving Emmuska bereft.  She lived with her only son and divided her time between London and Monte Carlo. At 82, her last novel Will-O’theWisp and her autobiography, Links in the Chain of Life, were published in 1947 shortly before her death.
A lasting tribute to the baroness is the enduring affection the public has for her brave, romantic hero, Sir Percival Blakeney, master of disguise.

The Captain and The Countess
London. 1706
Why does heart-rending pain lurk in the back of the wealthy Countess of Sinclair’s eyes?
Captain Howard’s life changes forever from the moment he meets Kate, the intriguing Countess and resolves to banish her pain.
Although the air sizzles when widowed Kate, victim of an abusive marriage meets Edward Howard, a captain in Queen Anne’s navy, she has no intention of ever marrying again.
However, when Kate becomes better acquainted with the Captain she realises he is the only man who understands her grief and can help her to untangle her past.

Mediaeval Novel. Yvonne Lady of Cassio. The Lovages of Cassio Book One