Here be dragons ... maybe, we aren't quite sure. 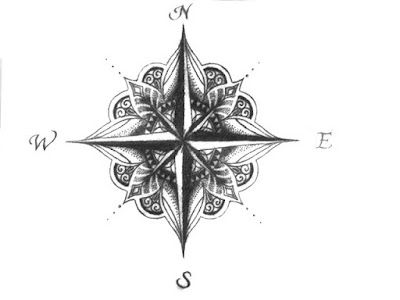 Old maps are, quite simply, fascinating.  They are a glimpse into the past, often while cartographers were trying to look into the future (and figure out just what is beyond the horizon).

Let's start our journey today with a visit to the Library and National Archives of Canada's website, and a wonderful article on early cartography.

I love this line from the article:"Few cartographers saw first-hand the regions they were expected to map".

A fascinating look into the history of cartography wasn't it?  I loved the information on the early 17th century and why so many old maps have such breathtaking detail along the margins.

Earlier this year, the Toronto Public Library had an exhibit of The Art of Cartography, and had on display maps from the 16th to the 19th century.  It is now off exhibit, but you can visit a digital archive of the exhibit.

Not all of the maps are the typical country maps you might be thinking of.  One of the incredible pieces shown was this map of plans for Toronto, circa 1848. 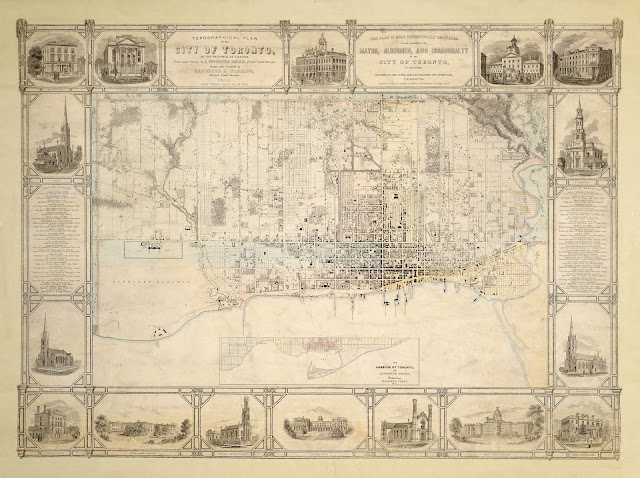 (Click on the images to view them in full size.)

Probably my favorite from the exhibit was this one, hailed as "A new and most exact map of America" from 1668.  Notice how the western half of the continent of North America is just kind of missing? 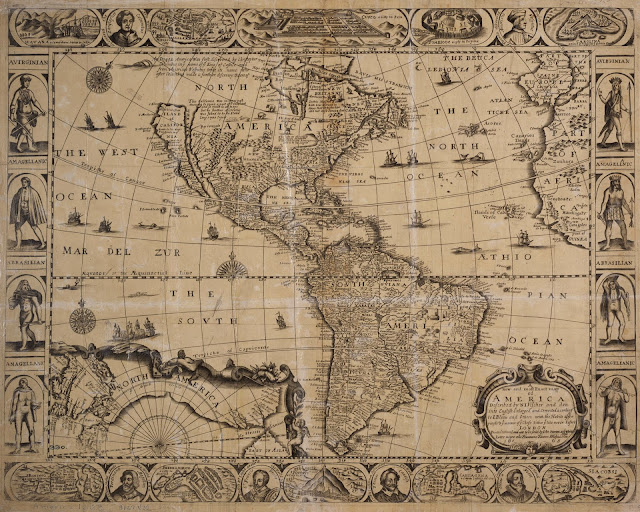 After you are done checking out the 55 maps the Toronto Public Library had on display, swing by the the Canadian Geographic Society for an in-depth article about the exhibit.

You can read more about some of these maps, including this beauty - the first map of the North Pole, in which Mercator "envisioned the Arctic as four mountainous islands surrounding a black magnetic rock, itself surrounded by a whirlpool and river rapids". 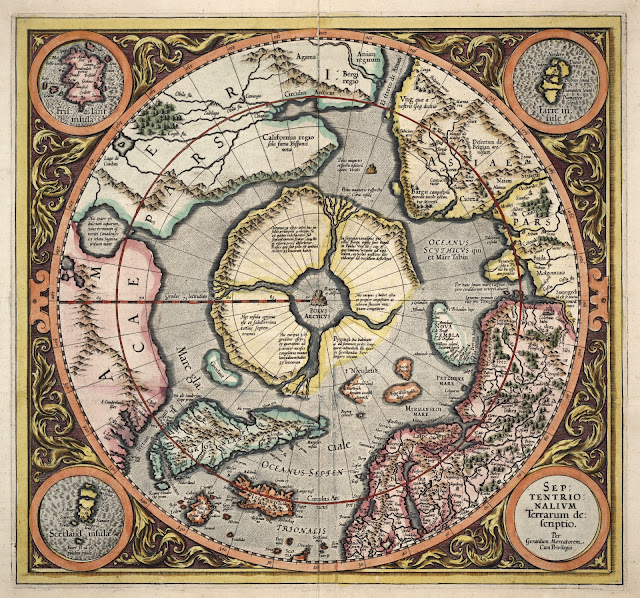 Check out the first map of Canada's West, circa 1857 and read the accompanying article.

Still can't get enough maps?  Then I strongly suggest you check out the Library and National Archives of Canada virtual collection, starting with the Map of the World, circa 1508.  Each map has an accompanying description and details. The Newfoundland, 1775 is worth taking a look at.  As is the Canadian Arctic, 1853.