What actor would play my chatacter?

Who would play the characters in The Left-behind Bride?

Katherine Ross and Sam Elliot would be my ideal choices for the two main characters (Maggie and John Murdock) although they are older than the characters. They are married in real life, and I’ve liked them both on the screen over the years. However, I don’t follow movies and who the current actors are, so I’m at a loss to find someone younger in that actor pool.

However, if I move to TV shows, I’d head for The Murdock Mysteries, a Canadian production. Maggie’s role could be filled by Erin Agostino who played George Crabtree’s sweetheart (Nina Bloom) for two seasons. She skillfully portrayed a modern woman in a staid and proper time and would bring to the screen the spark I see in Maggie.

Lachlan Murdock (Higgins), if imbued with characteristics displayed by Crabtree, would be a solid contender for the role of John Murdock McInnis. He has a solid physical presence that I envision for John Murdock, (and as a Cape Bretoner he would be referred to by both his given names). The open mindedness and the humor and creativity of Crabtree are elements I have found in John Murdock and I think that combined with Lachlan Murdock’s presence would work well.

Maggie’s father reminds me of Gordon Pinsent in the 1987 film, John and the Missus. Another actor I might go to is in the Republic of Doyle, TV Series. From there, I'd cast Mark O’Brien as Maggie’s brother Ivan, Sean McGinley as her father and Lynda Boyd as her aunt.


And now, dear reader, I must return to the task of completing the book so that these actors will have voice and action if they do come to the screen in my story. Watch for the results (on the page at least) in April of 2018. 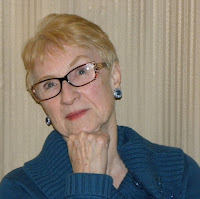 Posted by MahrieGReid.com at 10:31 AM